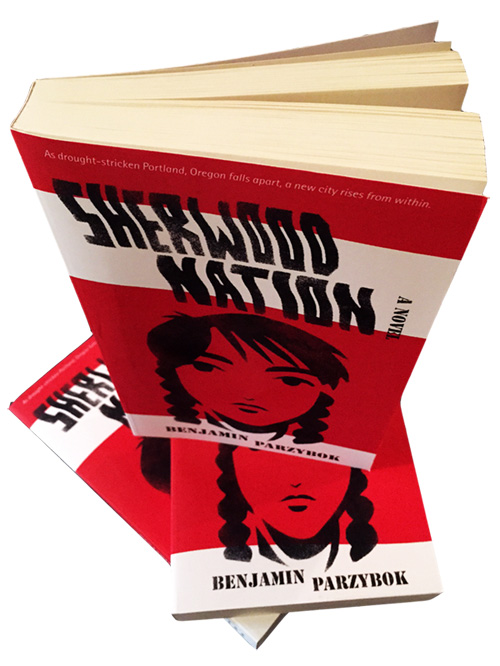 Pick up a copy:

“There’s a fairy tale, mythic, classical ambiance to Parzybok’s story that lives side by side with a topical, realpolitik half. The book is obviously as headline-friendly as the Ferguson riots, inequality debates, Occupy protests and climate change reports. But there’s also a Joseph Conrad-Grahame Greene-Shakespeare style concern with the nature of power, the roles that are thrust upon us, and the limits of friendship and love.

Parzybok’s novel might well be the most thorough and engaging expression to date of this eternal impulse to hive off from the empire. If the future to come does resemble his, we have a blueprint for survival right here.” – Paul Di Fillipo, Locus Online

“As the corner of the country with the youngest cities, the Pacific Northwest is still very much in the process of being invented, and Benjamin Parzybok is one of our most imaginative literary inventors. In Sherwood Nation he gives us a vision of Portland’s rebellious indie spirit that goes deeper than the usual caricatures, revealing a city alive with conflict and possibility. This is playful, serious, and profoundly humanizing art.” — Ryan Boudinot, author of Blueprints of the Afterlife

“Rich with haunting descriptions of a place once wild and now starved and poignant human dilemmas of basic survival, Sherwood Nation is a manifesto on how communities can work together to improve the greater good that does not shy from, sugarcoat, or exaggerate the corruptions of power and outcomes of rebellion. For a political treatise set in an imaginable apocalypse, Parzybok’s second novel is refreshing in its lack of heavy-handed allegory or pedantic utopian preaching. Maid Marian reaches beyond herself to create peace and solidarity in hopeless times. Threatened, others desire her demise and position. It is a clever, if cautionary tale.” – Electric Literature

[An] “Imaginative novel — Parzybok is riffing on the Robin Hood story, to be sure, but he also layers on some astute social and political commentary, and he’s built a fully functioning and believable future world. Give this one to fans of Adam Sternbergh’s Shovel Ready (2014).” — Booklist

“Parzybok does this thing where you think, ‘this is fun!’ and then you are charmed, saddened, and finally changed by what you have read. It’s like jujitsu storytelling.” —Maureen F. McHugh, author of After the Apocalypse

“Benjamin Parzybok has reached into the post-collapse era for a story vital to our here and now. SHERWOOD NATION is part political thriller, part social fable, and part manifesto, its every page brimming with gonzo exuberance.” — Jedediah Berry, author of The Manual of Detection

with Jeannie Yandel of KUOW’s The Record

with Norm Diamond of the Old Mole Variety Hour on KBOO

On Between the Covers with David Naimon

With Jeff Baker of the Oregonian 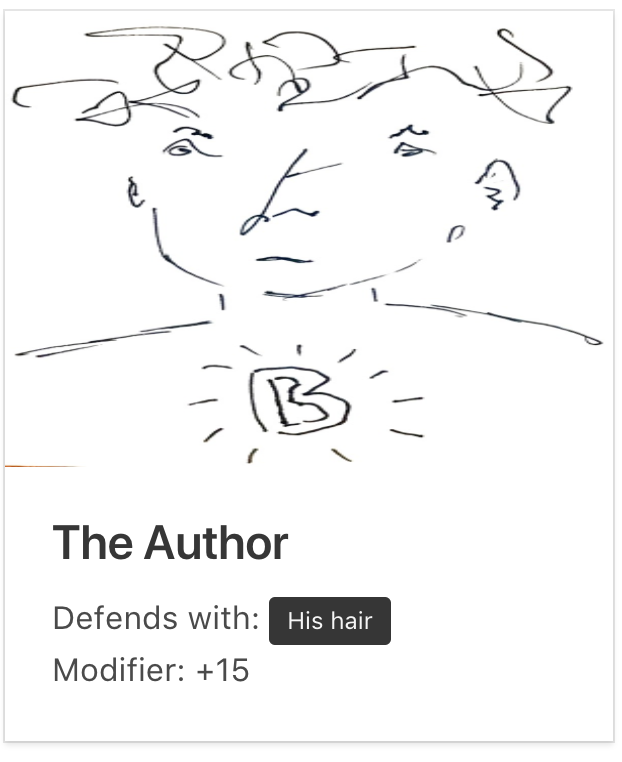